I’ll Have To Disagree… 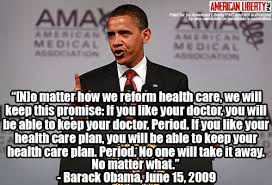 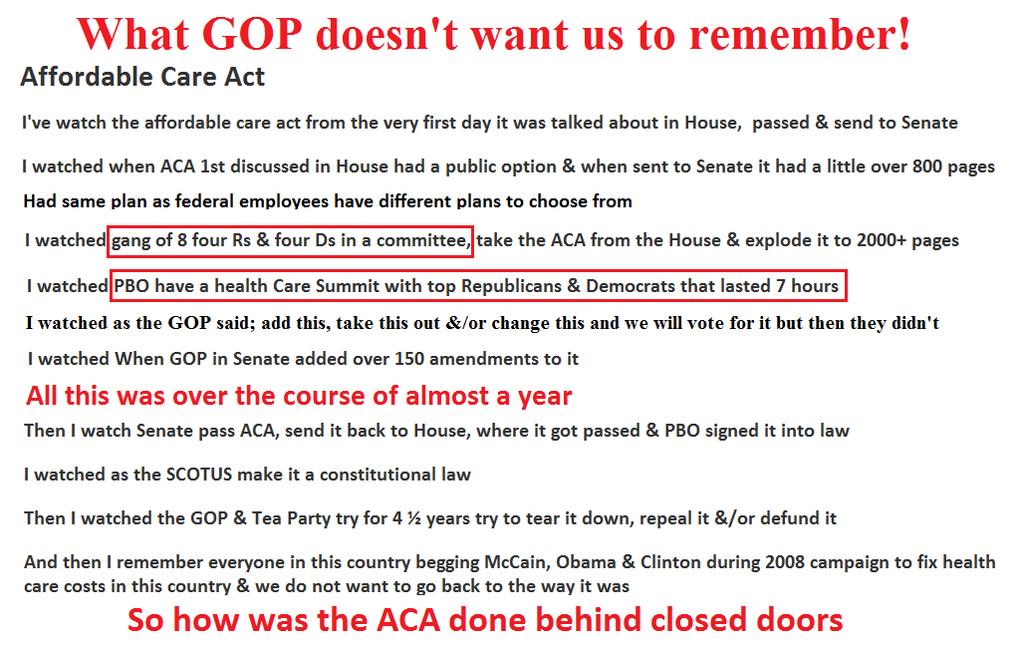 Oh. I will not be able to address those statements in 140 characters.

There are several things in your statements that I certainly disagree with, are not factually correct, and I find it hard to find any truth in them at all. So, I’m guessing we’ll just have to agree to disagree, as you apparently saw & see things very differently. Either you simply passed that along from someone else, or saw/remember things widely different from what actually happened. However, I will try to help you see #Truth by addressing a couple of them.

The Constitutionality of Obamacare is still yet to be seen, as the SCOTUS only reviewed the ‘tax’/’penalty’ aspect (which they changed the argument for, and which is revenue generating, which is required by law to originate in the House).

You said that you watched it go from passage in the House, then off to the Senate?….

The Senate gutted the Service Members Home Ownership Tax Act of 2009 and inserted the PPACA instead, which the Senate then passed as the “Patient Protection and Affordable Care Act” on December 24, 2009 (revenue generating, & no longer an amendment.?!)

March 2010, Speaker of the House Nancy Pelosi
uttered her most infamous 16 words: “But we
have to pass the [Senate healthcare] bill so
that you can find out what’s in it.” 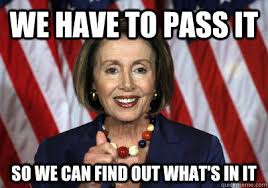 Fourteen days later, President Obama signed
the Affordable Care Act into law, the self-
described Senate Health Care Bill having
passed the House of Representatives without a
single Republican vote. This is a far cry from almost a year.

When Speaker Pelosi was later asked to defend
her infamous remark, she quipped, “It’s
because we didn’t have a Senate bill . . . We
were urging the Senate to pass a bill.”

Correct me if I’m wrong, but didn’t the Gang of 8 work on immigration. 😉

You have watched the videos, and read the statements of Gruber right? If not, I would suggest that you take the time to do so. Especially in when he said that the healthcare law would not be affordable, that it had to be worded in such a way as to confuse the CBO, and that they would have to rely on the stupidity of the American people for it to pass.

This is just ‘some’ of how the ‘A’CA was done behind closed doors. 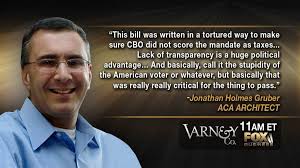 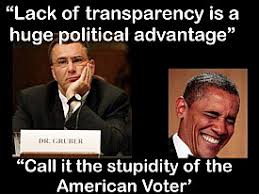 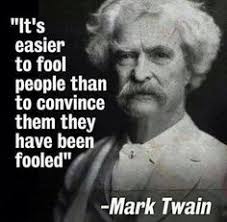 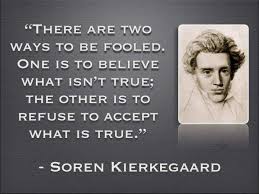 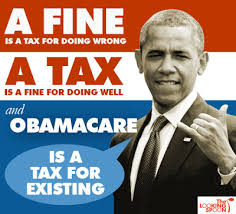 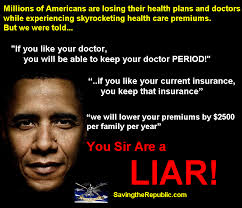 Obamacare Was Never About Healthcare, It Is About Control

You Can View Her Statement Here

John Podhoretz and Patterico highlight a close connection between Barack Obama and Khalid Muhammad. Obama, as we know, was a disciple of Derrick Bell; in the video that Breitbart.com released a few days ago, he urged his listeners to open their hearts and minds to Bell’s teachings. So, what were Bell’s teachings?

Bell was a fervent admirer of Louis Farrakhan and Khalid Muhammad of the Nation of Islam. Podhoretz quotes a 1994 interview in which Bell said, “We should really appreciate the Louis Farrakhans and the Khalid Muhammads while we’ve got them.” Our readers are well aware of the repellent Farrakhan, but who was Khalid Muhammad? Patterico gives us Muhammad’s “Kill the Cracker” speech, in which Muhammad, whom Derrick Bell so admired, advocated genocide:

Posted by: The Federalist Papers

In Kansas, one man, Nathaniel Grisby, had his dying wish, to warn future generations about the Democratic Party, fulfilled. 124 years ago, this warning was etched on his gravestone in accordance with his final wishes.

A bit of background on Lt. Nathaniel Grisby:

Nathaniel was a dear friend of Abraham Lincoln.

After Lincoln moved to Illinois in 1830, Nathaniel moved with his father to Carroll Co., MO in 1855.

In 1860, he was living in Norborne. He wrote to Lincoln and received an appointment as Republican Precinct Committee Man. He placed Lincoln’s name on the 1860 ballot. All of Natty’s neighbors were Southern sympathizers. He had been talking about electing Lincoln for president in town. One morning at about 2 or 3 a.m. a neighbor rode up and told Natty not to light any lights. The neighbor wanted to warn him that his neighbors were planning to murder him and if he wanted to live he should be on his way….

WHAT IT MEANS: Cuba Relations

President Obama’s normalization of ties with Cuba.  One question: Why are we reaching out to the anti-American Castro brothers after we helped overthrow other dictators who were – helping – America?  Watch Jack Atherton’s report in the video below:

Barack Obama visited Kenya in 2006 and campaigned for his cousin, Raila Odinga, a member of the radical ODM party. Obama also criticized the Kenyan government. Obama’s actions in Kenya are a possible violation of the Logan Act. Here is a video of Obama and Raila Odinga:

Here is an exerpt from the official Kenyan Government response to Obama’s visit:

Barack Obama visited Kenya in 2006 and campaigned for his cousin, Raila Odinga, a member of the radical ODM party. Obama also criticized the Kenyan government. Obama’s actions in Kenya are a possible violation of the Logan Act. Here is a video ofObama and Raila Odinga:

Here is an exerpt from the official Kenyan Government response to Obama’s visit:

“Senator Barack Obama indicated that he was visiting Africa to help nurture relations between the continent and the United States. His mission, therefore, was warmly welcomed by the Government and the people of Kenya. The fact that he has roots in Kenya endeared him to the people of this country.

However, during his public address at the University of Nairobi, Senator Obama made extremely disturbing statements on issues which it is clear…

According to Michael Shrimpton, Obama was born in Mombasa, Kenya in 1960, and not in Hawaii in 1961, as he has claimed.

According to British Intelligence files, since the time of Obama’s birth, Kenya was considered a part of the British Commonwealth.

Mr. Shrimpton also indicated that Obama’s father was tied to a group known as the “Mau Mau,” and that he ran guns and money for them and the German Intelligence Network in East Africa.

According to Shrimpton, Obama’s mother Stanley Ann Dunham, was not pregnant in 1961, but instead gave birth to Barack Obama in 1960.

Then Shrimpton dropped a bombshell.

“It’s also nice to have a DNA relationship with your parents,” Shrimpton added. “The DNA test that was done in respect to Barack Obama’s claimed grandparents, I understand the CIA (Central Intelligence Agency) were unable to obtain a…

Join Us In Electing Real Conservatives

Over 1.3 million men and women have laid down their lives to protect the freedoms and interests of These United States of America.

Guardians of the Republic!

Voice of the Persecuted

The Case to Impeach!

a part of the movement to Truth!

The Truth & The Light Ministries

The pen is mightier than the sword ...unless someone is trying to stab you with a sword. Then, it's the sword ...definitely the sword.

The Best from Wordpress.com

...integrating Christian faith and knowledge in the public square

"Incompetence is indistinguishable from malfeasance. The short analysis is: You are on your own. No one will come to save you. Take care you and yours. Hard times are here. Harder times are coming. Make the best of it. Succeed and prosper. Everything is up for Grabs." - WRSA Reader

The "other" news often left off the front pages!

My journey - The good, bad and the ugly

Mahdi Garba is a Nigerian Hausa-English writer,Blogger, Freelance Journalist and Social commentator. His articles have appeared in reputable media platforms...

Help is not coming. Neither is permisson. - https://twitter.com/Grey_Enigma

Where misinformation stops and you are force fed the truth III

“Everyone who is seriously involved in the pursuit of science becomes convinced that some spirit is manifest in the laws of the universe, one that is vastly superior to that of man.” - Albert Einstein

From Islamists, Communists, Collectivists and Nihilists.

Telling it as it is since 2013 - Living in Edinburgh, Scotland as a single Dad to 2 little Girls, trying to live with Agoraphobia, Osteoporosis, Psychosis, M.E (Chronic Fatigue), PTSD and Fibromyalgia - "Life is Hard, don't make it worse" - Enjoy the Journey with me, follow me, and I will follow back. Thanks 😁 Shauny

It's Secession Or Slavery. Choose One. There Is No Third Choice.

Scanned Retina - A Resource for the People!

For the adults in the room!

Advancing the principles and practices that blend with the Declaration of Independence for defending Natural Rights and a virtuous civil society. A topnotch WordPress.com site

Breaking News, Sports, Weather, Traffic And The Best of NY

How the hell did I get here?

The Musings Of An Opinionated Sod [Help Me Grow!]

On Faith and Writing

A Daughter of the King

a whisk and a spoon

An anthropological approach to all things geek

Information Hub For Patriots Featuring News, Social Networking Communities and Updates For Like Minded, God Fearing, America Loving, Constitutional Patriots In Central Kentucky and Across the United States That Concerns Conservatives, Libertarians and All Freedom Loving Americans Across This Great Nation!

THE MIND OF RD REVILO